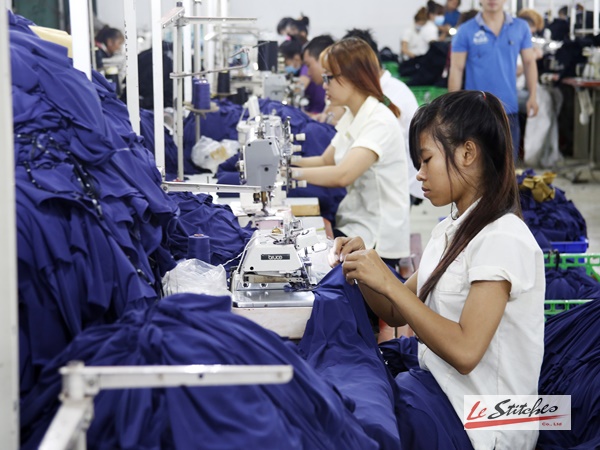 Garment and footwear export revenue of over $10 billion

Particularly, the export turnover of the garment and textile industry in April is almost $2 billion, increasing more than 5% compared to the same period of last year. In the first four months, the export turnover of garment and textile industry reached $7 billion, up more than 6% compared to the same period of last year.
According to the Vietnam Textile and Apparel Association (Vinatas), purchase orders mainly come from the US, EU, Japan, and Korea markets. There is an increase in the export turnover but the value of each order does not increase.
Explaining this issue, a representative from Vitas said this is due to the fall in gasoline price. Though this fall creates advantages for enterprises, it leads to the decline in price in other markets. As a result, we export the same number of products and receive the same amount of money. The gasoline price also effects the cost of input materials such as fiber. The cost of cotton-wool is quite low; however, the order value is not higher than before, even lower.

According to the Ministry of Industry and Trade, many garment and textile enterprises have enough export orders till end of February, and some of them have tight production schedule till the end of the year. This is a positive sign for the industry to reach its target of export turnover this year.

6,307 thoughts on “Garment and footwear export revenue of over $10 billion”